Things have been a little bit crazy over here in my Vodka Calling household. Late Thursday night-early Friday morning Sofia wakes up in excruciating pain and a very high fever. Immediately I have flashbacks from last February when Gracie had her first seizure in the early morning hours.

While Joe and I were trying to take care of Sofia, taking her temperature, asking her questions, “What’s wrong?” “Where does it hurt?” “Tell me everything that happened!” It is then that my little Minnie-Me decided to tell us that she hit her head on the playground at school….. and did not tell anyone.

Immediately Joe and I somehow worked together in a moment of weakness. I wake up the boys, Joe get’s Sofia her shoes, I call my sister because that is just what I do. “Vinnie, we have to take Sofia to the ER, something is wrong, watch Gracie!” Everyone fell into their specific job duty and off Joe, Sofia, and I went to St Francis hospital, which is literally three minutes up the road.

Long story short, Sofia has a concussion. I have no idea why she did not feel the need to tell anyone at the school. I mean if you consider the fact that I myself am at the school every-single-day, I am completely lost on why she did not say a word. Not a word to her teacher, not a word to “a safe adult” not a word to anyone, including me. However, knowing Sofia the way I do, I will put money on the fact that she was afraid she would get in trouble.

Almost 36 hours later, Sofia still has some pretty bad pain, so off we go first thing in the morning to the Doctor.

Today was Vinnie’s birthday. Seventeen years old. I have no idea where the time goes.

I was alone in the hospital when I had him. I had two friends from work who came shortly after I had him, but for the birth, it was just me, my good ole Doctor, the same Doctor who four years later would literally save Gracie’s life, and my labor and delivery nurse.

I remember thinking “How cool would it be to have my baby born on the day the GIANTS win!”

Vinnie had a rough start in life due to some pretty bad choices on my part. I missed about four months of his life because his psycho sperm donor kidnapped him. I swear to God if I could dance on the Bastards grave, I would.

Vinnie was a pretty good baby. When he was finally returned to me, he was skin and bones, dehydrated. We fixed that real quick. Before I knew it I had a little chubby toddler with a head full of curly hair walking around getting into whatever mischief he could.

In elementary school, he was always the class clown. I cannot tell you how many times I got calls from his teachers. I was now on a first name basis with the principal.

When middle school came around, he was all about football. Vinnie is one of those people who does not have a favorite team, he just loves the game and the logistics behind it. He came name you any player, their stats and when they were picked up.

Out of all of my five children (One in heaven, most likely counting her blessings that she dodged this bullet), Vinnie is so much like me. Both Vinnie and I have to have the last word and we will fight tooth and nail to have it. The difference is, Vinnie knows how to apologize. He knows when to say “Mom, Dad, I was wrong and I am sorry.” Me, I am still working on that one.

Vinnie has an incredible love for animals. Half of our cats came from Vinnie rescuing them all, and between you and I, I would not have it any other way. Over the years we have lost too many cats, and you know something, Vinnie was there all the way. While Joe and I were a complete mess, it was Vinnie who was down on the floor, wrapping his arms around our cats, wanting to make sure when they left this life, they did not leave it alone.

I love this kid.

I volunteer in a 3rd-grade classroom. In this class, there is one very challenging little boy. He made the comment to me the other day “I love my mom, I would die for her if I had to.” The teacher, not missing a beat, said to this little boy “Have you ever told your mom that?” The little boy looks a bit embarrassed, puts his head down and tells the teacher “No, I have not told her that.” The teacher then tells the little boy “Well, I know your mom would never want you to die for her, but I am sure she would love to hear that.” There was something about that conversation exchange that struck a chord with me. I sat there, listened while making sure I did not cry. Apparently, I am a crier now, these 3rd graders know how to bring out all the feels in me. In a different time, that challenging little boy could have been Vinnie.

We all know I have made a lot of mistakes in this whole parenting thing. Yet, somehow, my kids, all of them, they have each taught me a thing or two over the years.

My hope is seventeen years from now, when Vinnie is thirty-four years old, hopefully working with our at-risk youth kids, he will come across this blog and realize, just like Dorothy from The Wizard of Oz, he had the power all along. 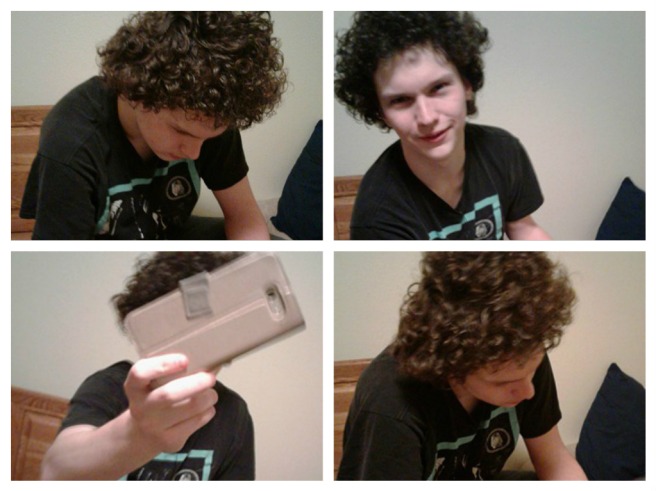