It was a crisp autumn night in September 1989. I was a young shy, insecure girl who had a slight obsession with the popular 80’s group Montley Crue.

Even back then, music was my everything. Music made everything better, music took me to different places , and on occasion, music helped me to escape my reality. When I was deep in my thoughts, I was no longer a shy insecure girl. Music made me feel pretty, and confident, and untouchable.

It was a Wednesday night. We had just returned home from church. It had become our routine to hit the kitchen for some snacks, and play some music as we were all winding down from our day, while preparing for the next.

I had saved up enough money from my allowance to purchase Montley Crue’s newest album. “Dr. Feelgood.”

Due to the busy school day, and church that night, I had not been able to listen to the album in its entireity. The only thing I cared about that wednesday night in 1989 was listening to Dr Feelgood.

The boombox was on top of the fridge. I rushed over to hit play, and the magic began. Dr. Feelgood, their first single from the album. That opening bass/guitar with Mick and Nikki. Tommy Lee bringing it in with the drums, and the vocals of Vince.

“Rat-tailed Jimmy is a second hand hood
He deals out in Hollywood
Got a ’65 Chevy, primered flames
Traded for some powdered goods”

Dad did not agree.

By the time I got to track 11 Dad had enough. It went a little something like this.

Dad~ Why am I listening to this, this is not music, you want to know good music, how about the Stones or Dylan, now that is good music.

And, it was now on. I have always respected my dad, because, he is my dad. However, I needed to take a stand. I needed to stick up for my boys! For my future husband!

Me~ It is music! It’s the best music! How can you NOT like this? Did you even listen to the lyrics? The Rolling Stones are old!

Oh boy did that last statment set him off.

Dad~ You know what, come talk to me in twenty years and we will see who is still around! No one is going to remember Montley Crue, the Stones, they will go down in history!

Me~ Montley Crue will be just as popular if not more so  than your music, you just wait and see!

Well, fast forward some twenty year (give or take) and the day is finally here. I can finally say to my dear ole dad I TOLD YOU SO!!

Let me do a quick recap.

1989 ~ Dr Feelgood comes out, their first album they did sober.

1992~ Montley Crue broke up due to the popularity of grunge music.

2001~ An autobiography “The Dirt”stated that Montley Crue was “the world’s most notorious rock band.”

2004~ All original members returned for a reunion.

2008~ Their ninth album was released.

2013~ Announced their biggest Candaian tour yet.

2015~ Announced they would do one last world tour.

December 2015, Montley Crue played for the last time at the Staples Center.

Allow me to point out, it has not even been a year since their final performance.

I would also like to point out that somewhere along the way, my dad became a fan of Montley Crue, as I did The Rolling Stones. “Beast of Burden” “Paint it Black” and “Wild Horses” are some of my all time favorite songs.

I knew, all those years ago. A lifetime ago, in that kitchen on Wormington Dr, in Chesapeak, Virginia, as I was arguing with my father regarding the fate of Montley Crue, I knew I would be right. I knew they would make it.

And now, I have children of my own. I try my hardest to introduce them to Montley Crue.

Vinnie~ How old is this music?

Gracie~ What are you listening to mother?

I take it in. I take it all in, because I know in twenty some years from now, when they hear the infamous intro to Dr Feelgood, they will think of me…and most likely roll their eyes, and make fun of me, but they will think of me, and my days as a young girl, and what Montley Crue meant to me.

And because of that, Montley Crue will go down in history in more ways than one. 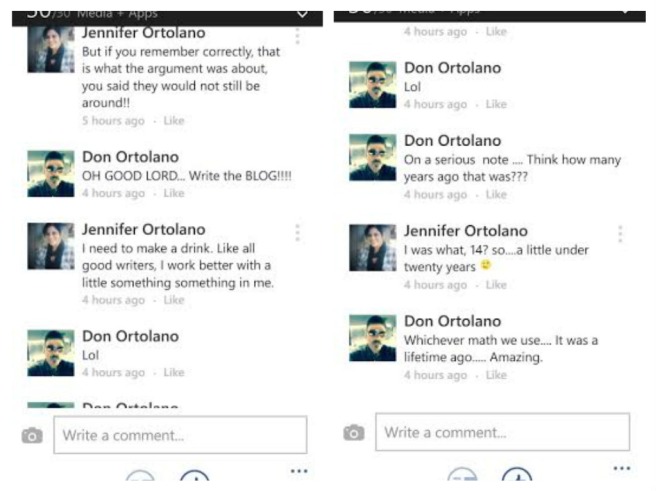 One thought on “A Lifetime Ago”