My eleven-year old daughter, Gracie, was born at 35 weeks.

Gracie was also born with Gastroschisis. A condition where her intestines were outside of her body. 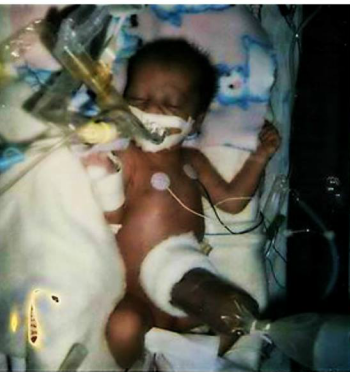 It was not an easy birth, emergency c-section. There was a point when Joe and I did not even know if we would be coming home with her.

Gracie spent one month in the NICU. A very hard, trying time for us.

March 17th, 2005 Gracie had surgery to close the opening where her intestines protruded. 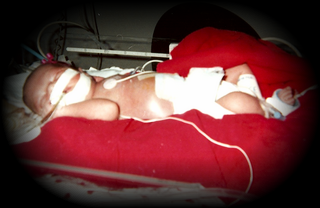 In April of 2015 Gracie was diagnosed with autism. Another trying time for us. It’s not always easy to navigate the system, while learning your new normal.

Over the years, our biggest challenge has been the delays. Delays in learning. Delays in speech. Your typical milestones would take Gracie twice as long to meet. However, she was always healthy. Very rarely did she get sick. If she happened to have a cough or runny nose, she knocked it out in two days tops.

Then, when we least expected it, everything changed.

It was 2:30 am, Thursday morning. Just two nights ago. Our youngest daughter, Sofia, comes to wake Joe and I up. “There is an emergency, Gracie is throwing up.”

Joe and I are instantly up. We make our way to the girls’ bedroom to find Gracie sprawled on the bed. Her eyes are rolled back in her head, drool coming out of her mouth. We shook her, we turned her, we tried to sit her up, and nothing. Joe looks at me “Something is wrong, we have to take her in.”

I wake up my two older boys. One of them stays with Gracie while I quickly throw some clothes on. Sofia is crying. I am trying to tell her “everything will be okay” when the fact is I had no idea if everything would be okay.

Joe scooped Gracie up in his arms. Still no response from her. She was limp, just laying there. I ran down to the car, warmed it up, and did what I could to get the car as close to the front of our building as I could.

I am in the back seat with Gracie, “Gracie, please, please wake up, do something, wake up!”

“Drive faster. We may lose her, just go!”

I grabbed my phone. While trying to wake Gracie, I texted my oldest son. I needed him to find out the exact details from Sofia of what happened.

“You guys something is very wrong with Gracie. Not responding not waking up. On way to hospital its like she has seizure. Please pray with everything you have”

Joe is driving like a mad man on the empty roads. Our hospital is only about an eight minute drive from our apartment. We were there in five.

We pull up in front of the emergency room, and I run inside like I have never ran before.

“You have to help, something is wrong with my daughter, she is eleven years old, with my husband in the car, she is non responsive, not waking up….she has autism and she was born with gastroschisis, and you have to do something now!”

Before I knew it, two doctors were out by the car. They had to wheel Gracie in. Still no response from her.

I threw my wallet at the “check in” desk and went back to where Gracie was getting her vitals.

And then, she was up. Something happened, and she was there. She was herself. She was looking at us all like how dare we disturb her. Typical Gracie.

Gracie had a seizure. Her first one, ever.

Because of her age, along with the autism, an EEG was ordered for Friday morning. Yesterday.

From the time we returned home, Gracie was fine. She did not understand what all the excitement was about. She was fine. The Doctors were not convinced, and still ordered the EEG. 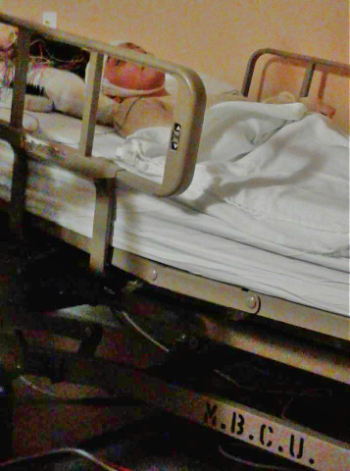 We had three hours in between the time of the EEG and when we were able to sit down with the Neurosurgeon and hear the results.

During that time we took the girls to lunch, spending some time at the waterfront. In my mind, and I did not communicate this to anyone else, but in my mind, I had no idea what news we would be hearing in the next few hours. I had no idea if our life was about to change. I wanted to capture a moment of innocence, a moment where the only concern my daughters had was who could throw the biggest rock the farthest. 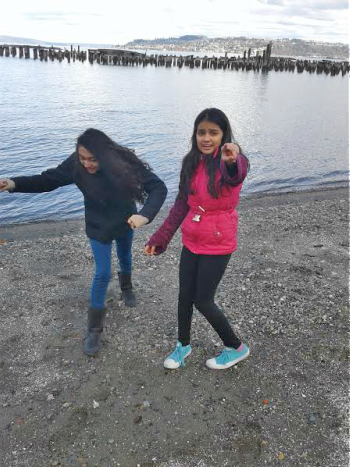 It was then time to meet with the Neurosurgeon and hear the results of the EEG.

The results were abnormal.

There is a spot on the back of Gracie’s brain that the Neurosurgeon wants to further investigate.

What we are hoping for is a benign seizure.

Twelve years to the day when she had her wound closure surgery.

Gracie is a feisty young lady who has her whole life ahead of her. She has so many friends and family who are rooting her on. Who support her, who love her.

There is not enough space here for me to list each and every person who holds a special place with Gracie and I.

We need her to be okay. She is a fighter, and has the strength of 200 men. But I do not want her to have to fight anymore. She has been through enough.

At the beginning of the year, Gracie, all by herself, made a list of goals for 2017. 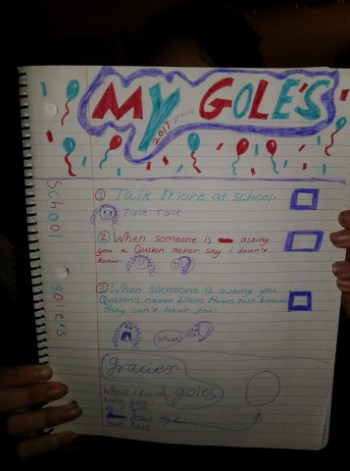 I need her to reach these goals.

You need her to reach these goals. To know Gracie is to love her…..and to be afraid of her, because she is just that feisty, and if given the chance, has so much to teach us all.