The unthinkable happened. I know it sounds cliche. Something you may read as the first line in a Steven King novel, but no, my life was forever changed. There have been many of nights where I wish I could go back in time and change that night. So many nights I have cried myself to sleep. So many nights where I just wanted to close my eyes and never wake up. The guilt was too much. I blamed myself. I have spent the last twelve years blaming myself, although it is true that times helps, it never make you whole again. 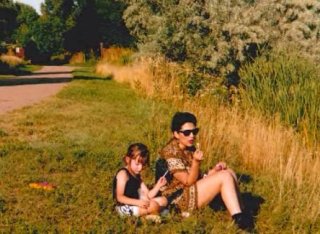 My husband Dan and I decided to spend Thanksgiving with my parents in Oklahoma. We were currently living in Denver, Co and figured we could pull off the twelve hour drive. Early in the morning of November 22, 2000 we packed up our car with our six year old daughter, Alyssa, and everything else that comes along with a road trip.

Alyssa was in her own little world in the backseat, coloring in one of her many coloring books and I thought to myself how lucky I am. Dan and I were teenage parents. I had just barely turned 16 when I found out I was pregnant. To say that our family was disappointed would be a huge understatement. There was talk of of adoption, but Dan and I knew we could do it. It may not be an easy life, a life that we would never chose for our own kids,yet we knew we could do it.

It took some time, Dan working odd jobs, factory jobs, whatever it took for him to support his new family. I was able to pursue my GED and later go on to dental assisting school. Times were hard but certainly rewarding. We had a beautiful daughter, Alyssa Faith.

Dan had always insisted on the name Faith being in there and well, me being a child of the 80’s I was obsessed with Alyssa Milano and that’s how we chose the name for our beautiful daughter, Alyssa Faith. A beautiful little girl with chestnut colored hair and skin like Snow White. She was our angel and there would be nothing we would not do for her if it was within our power. 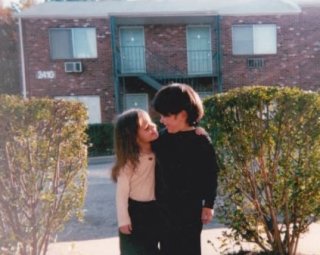 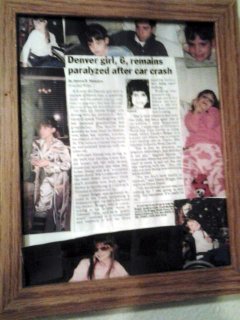 I would not take that answer, I could not take that answer. My beautiful daughter has only been on this earth for six years, no, that was unacceptable, I broke down in my parents arms, my parents called people they knew from church and who were strangers to me. They all came to the hospital to pray for our sweet Alyssa.
It seemed like forever, waiting for the surgeon to let us know the full diagnosis of Alyssa… it took hours and then it was time. The surgeon came out to give us the news. “No head trauma, I cannot believe she pulled through the way she did , but I have to tell you , she has no feeling in her legs, she has an L2 fracture of her spinal cord, she is now a paraplegic.”
It was such bitter-sweet news. On one hand Alyssa was alive. She survived an accident that even her doctors were baffled on the hows and whys. Thank you God for keeping her alive! On the other hand, Alyssa was now confined to a wheelchair for the rest of her life. Everything we knew, everything we were familiar with was about to change. My family had to create our new reality.
The time had come for me to tell Alyssa the news of her diagnosis. Her new life, her new reality. She asked me what happened, “Why can’t I feel my legs mommy?” I remember praying to God. I asked him to guide me while telling Alyssa the news, not just “the news” but her news, our news. I sat down next to her and said “Alyssa, we were in a bad accident, your body was very hurt, you will not be able to walk again, and you will be in a wheelchair now.” I never cried, I was as calm could be. I had to be, there was no other option.
“But mommy, I just signed up to be in jump rope class.” “Well, we will have to find something else to do now, the good thing is we are all still together”. This was our life now, our new reality. We had to stay in Oklahoma for 6 months for rehabilitation.
Once everyone was well enough to travel, we moved back home to Colorado. Alyssa was welcomed back to school with open arms, everyone so happy she was there wheelchair or not. Unfortunately , this was only the beginning of medical problems.
To date, Alyssa has had 12 multiple surgeries. She has grown up feeling the hospital was a second home. I was always with her for her hospital stays, even working, I would bring my work clothes to the hospital, stay the night with her , get up and go to work and then come straight back to the hospital. One of our longest stays was a two month stint due to a pressure sore, which lead to a staff infection. At the age of 7 she had to deal with a full body cast, being reclined in a wheelchair for 8 weeks. Never a “why me” , never a “I cant do this anymore” Alyssa always dealt with what was given to her.
And now, as I write these words down on paper, all the memories of that day come flooding back to me. Our life changed that day, our love and strength did not. Tomorrow, my Alyssa will be 18 years old. All I have left to say, is thank you God, thank you for seeing us through. Thank you for holding us up and giving us strength. Thank you.
~~~~ October 26, 2012 Almost a month to the 12 year anniversary of “The Accident.” Tonight, Alyssa Faith was crowned Homecoming Queen 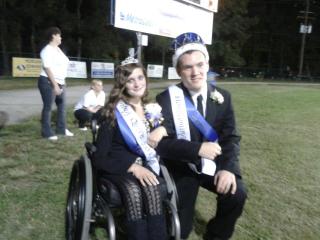 After The Accident, every time the family had heard Leann Womacks song “I Hope You Dance”, we would think of Alyssa.
I do believe tonight, she took her first of many dances to come.

10 thoughts on “The Accident”