I was chatting with a friend last night. During the course of our conversation, unbeknownst to him, he gave Christin and I a pretty cool idea for the blog. The premise is, you find a picture and write about it. So…..that is exactly what Christin and I are doing, except, we will be writing about the same picture. Doing so will give you guys an insight to how different Christin and I can be…..and may make you question our sanity.

Please feel free to join in and write your own story about the picture below. 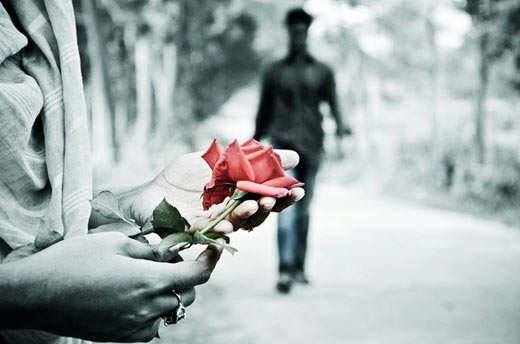 It was finally time.
I was nervous. Yeah, I’m a guy and we are not suppose to get nervous, but I was. What can I say? The last six months I put my all into this girl. She had me. There was something about her that told me “she is the one.”

We met on Tinder. Not for some sort of “hook-up” or anything, that’s not my style. If I wanted that, I could go to the local bar. Anyone could. I wanted something more, and though she did not know it at the time, so did she.

Our respective jobs and school kept us from meeting. It was better that way. Neither one of us wanted to say it, but that’s how we felt. No pressure. We would text each other during the days and spend hours on the phone at night. I feel that was important. Had we immediately met in person, it would have been too soon, yeah, this was better. When I was not talking to her, I wished I was. I wanted to know everything about her.

She was easy to open up to. I told her things about me that I had never told anyone else. Trusting her came easy. It’s nice when it is easy. It should never be hard. When it becomes hard it is time to walk away.

Now here we are. Enough time had passed. I feel we are both in the same place, we are ready. It hurts to not have her in my arms. I crave that. How can one crave something they never had? Of course there were others. The difference is I always wanted them to leave, there was never a connection, but not this one.

She told me she was going to bring me a rose. That’s how I would know it’s her. I did not  get it, I mean I had seen pictures of her before, it’s not like I did not know what she looks like, but I went with it. Aside from her long chocolate-brown hair, and  gorgeous blue eyes, I would look for the rose.

There she is. I saw her before she saw me. It looked like she was on her phone. Most likely texting her sister. The closer I got to her, the more excited I became. It was time, it was finally time. The excitement of it all. The newness. The meeting, the first time I can shake her hand, or give her a hug. Yeah, a hug. I mean who shakes hands anymore?

This would be it. She is the one.

Just looking at her, puts a smile on my face.

She does not know. She has no idea that today, today will be the last day she is alive.

I was at a fork in the road and as I held this rose in my hand, I contemplated each path. Do I go down the comfortable, familiar, paved, straight path or do I dare take the unknown, exciting, windy, rocky path that leads to an unknown destination?

I had always done as I was told ever since I was a kid. My parents forced me into piano lessons, ballet, etiquette classes by the age of 12. By 15 they had picked out my college and planned my whole future without even asking me what I wanted. I went to the college of their dreams and met a man there that “had a bright future and could provide a great life.” Those were my dad’s words. My mom supported the idea of this “fairytale” relationship too. I’m not going lie, I bought into it.

He was charismatic, funny, life-of-the-party guy that just happened to be from a prominent family, just like mine. We spent our college days together, planning our future, our wedding, even our kids’ names were pick out. It’s funny how even back then I knew something wasn’t right but I buried it and just went along for anything he said.

After graduation, we (our parents) bought us our dream home. We moved in and almost immediately he started working for the law firm. We fell into a comfortable, predictable routine year after year. Until, that warm spring day. I was at the supermarket picking up some items I needed to make his favorite meal when out of the corner of my eye a young man about my age caught my eye. He was about 6’3”, dark hair, blue eyes. I couldn’t stop staring. I noticed some tattoos on his well- sculpted arms. For just a moment, our eyes met. I felt something, something I had never felt before. He smiled and I smiled back, embarrassed that he caught me checking him out in the produce aisle. I grabbed my parsley and carrots quickly and begin walking away.

He was following me, I could feel his eyes burning into my back. I made my way up to the register, not wanting to turn around. After checking out, I could still feel like I was being followed. I quickly opened the car door and began putting my groceries in, when I felt a tap on my shoulder. I turned around and there he was.

“Hey don’t you remember me?”

“It’s me Sam, from high school”

“Oh my goodness! I didn’t even recognize you, Sam”

Sam and I had dated for a short time in high school. My parents weren’t the wiser and I was fine with that. Sam didn’t come from the “right side of the tracks”. I didn’t care. We had fun for a short few months our senior year and that was that. I reached in for a hug and it was reciprocated. Maybe a little too reciprocated. It was as if time had never passed with us. Conversation was easy and the chemistry, the chemistry between us was beyond anything I had with my husband.

After an hour of catching up in the parking lot of the supermarket, we decided it was time to part ways. He ran over to the edge of the parking lot and returned with one red rose. As he placed it my hands, he looked down at me and said

“Meet me at Jacksons Bar and Grill tomorrow at 8pm”.

Before I could stop myself, I replied ”Ok”. Within a moment, he was walking away and there I was standing there with a rose, thinking about which path I needed to take.

One thought on “The Rose”